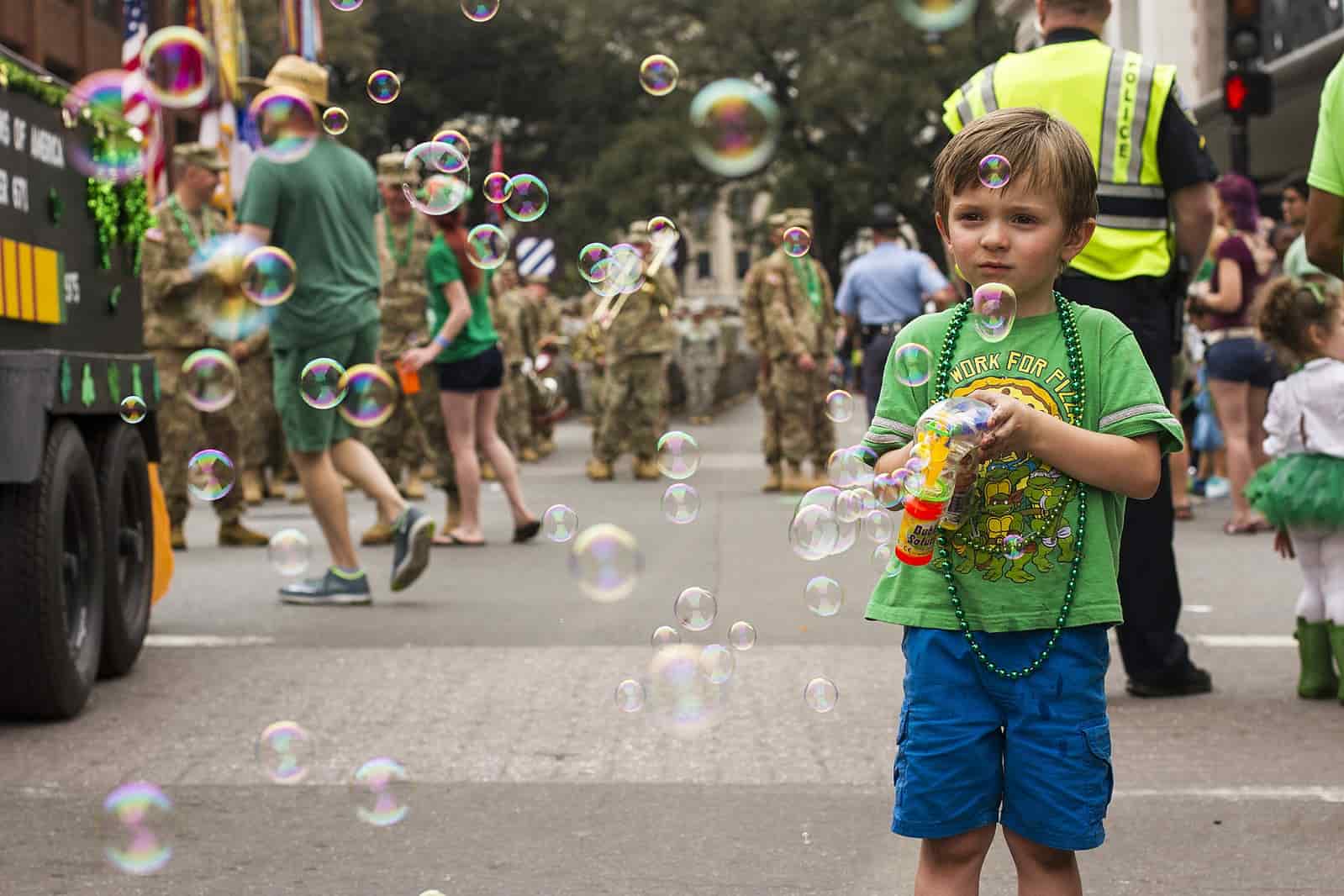 This year I decided I wanted to create new St Patrick’s Day Traditions for our family. For the past seven years our little family has attended the local St. Patrick’s Day Parade.

Last year however, the parade left my husband and I desiring something more for our family.

It was a very cold March day. The time was around 11:00am. We arrived late to the parade route and walked for blocks and blocks to try and find the best view of the parade. It’s not that we didn’t like the walking – in fact, we love walking. What we did not enjoy about the St. Patrick’s Day Parade that day was the smell of booze that hung thick in the air. We didn’t enjoy passing so many people that were publicly drunk or close to being drunk. Don’t get me wrong, I love our Guinness just as much as the next lass. I just don’t like public drunkenness, especially in the presence of so many children.

It was difficult to explain to our young children what was going on and we began to question what the heck we were even doing there or what the holiday meant to us as a family.

We left the parade, went home and the day was just like any other day.

This year I decided to make some new St Patrick’s Day traditions for our family.

Before I could decide on new traditions for our family though, I had to know a bit more about the history of St. Patrick’s Day. Who exactly was St. Patrick?? And why the heck does our country give him an entire day of celebration. And how in the world do Leprechauns come into all of this?

Who was St. Patrick anyway?

St. Patrick’s day history was important for me to study if I was going to come up with new St. Patrick’s Day traditions for our family.

It turns out St. Patrick was born in Roman Britain, believe it or not. (I always thought he was born in Ireland. Good thing I’m researching.) He was kidnapped at the age of 16 and brought to Ireland as a slave. (Say what?!…) He later escaped, but returned to Ireland and was credited with bringing Christianity to its people.

When St. Patrick taught Christianity to the Irish people he often used shamrocks to explain the Holy Trinity. Through this process and the spreading of his message, St. Patrick actually helped convert entire kingdoms to Christianity.

According to History.com St. Patrick died at Saul, in the United Kingdom, where he had built the first Irish church. I had never heard of Saul, United Kingdom so of course I looked it up on Trip Advisor and here is what I found – some really great pictures – thank you Trip Advisor.

Why do we celebrate St. Patrick’s Day?

St. Patrick’s Day began as a religious holiday in Ireland.

On St. Patrick’s Day, which falls during the Christian season of Lent, Irish families would traditionally attend church in the morning and celebrate in the afternoon.

Currently today it has become more of a secular holiday and celebration of Irish heritage.

Along with their music, the parade helped the soldiers reconnect with their Irish roots, as well as with fellow Irishmen serving in the English army.

As I mentioned earlier St. Patrick often used shamrocks to explain the Holy Trinity – the Father, the Son and the Holy Spirit. “Shamrock” is the common name for several different kinds of three-leafed clovers native to Ireland.

The word shamrock comes from the Gaelic word Seamrog, meaning “little clover.” A clover is the commonly used name for any number of plants belonging to the genus Trifolium, meaning “having three leaves.”

So how the heck do Leprechauns come into all of this? Yah that one stumped me too.

According to Irish folklore, leprechauns were cranky tricksters. You wouldn’t want to mess with them.  They live alone and pass the time by mending the shoes of Irish fairies. According to the legend, the fairies pay the leprechauns for their work with golden coins, which the “little people” collect in large pots.

The cheerful, friendly ‘Lil elf most Americans associate with St. Patrick’s Day stems from one of the Walt Disney films. The 1957 film was called Darby O’Gill & the Little People. The Americanized, good-natured leprechaun soon became a symbol of St. Patrick’s Day and Ireland in general.

After learning all of this, I have come up with a few St. Patrick’s Day Traditions for Families. These traditions are something that I think will add to the holiday and help our children to understand the background and meaning of the holiday, and maybe have a little fun too.

1. Tell the Story of St. Patrick

For many people St. Patrick’s Day has become a secular holiday celebrating the heritage of the Irish. For others, St. Patrick’s Day has become an excuse to drink too much. We can change this when we understand the heritage of St. Patrick and his life, the day can become a special day of Faith, an incredible testimony to what the power there is in spreading God’s message, and a meaningful experience for the whole family!

Just as St. Patrick and the early Irish Christians did, we can wear shamrocks to represent the Holy Trinity and our Faith.

3. Have a St. Patrick’s party or a feast

A party is always a fun way to celebrate! Throw a St. Patrick’s Day party and use it as an opportunity to celebrate Irish culture, the history of St. Patrick’s and Faith. Or if you prefer, you could have a Roman Catholic feast if that is your denomination.

Reciting famous Irish prayers and blessings as a family can honor Patrick’s love for prayer.

Think of something similar to an Easter egg hunt, except with gold foil-wrapped chocolate coins. First you hide the gold candy coins, then have the kids find them! You can tell them you hid them, or say Leprechauns hid them – either way it’s a lot of fun.

You’ll need some white carnations, green food coloring and a vase with some water.

First, mix water with a few drops of green food coloring in a vase. Then cut each carnation’s stem at a 45-degree angle. Place the flowers in the colored water. And finally, just watch over the next few hours as the green coloring spreads through the stem, and into the petals of the flower.

Voila! Festive St. Patrick’s Day flowers and a fun time with the kids creating them!

This classic Irish-American dish was first created when Irish immigrants sought to find a lower-cost alternative to a traditional Irish stew that featured Irish bacon (similar to Canadian bacon) and potatoes.

Tips for stress-free holiday travel with a baby! 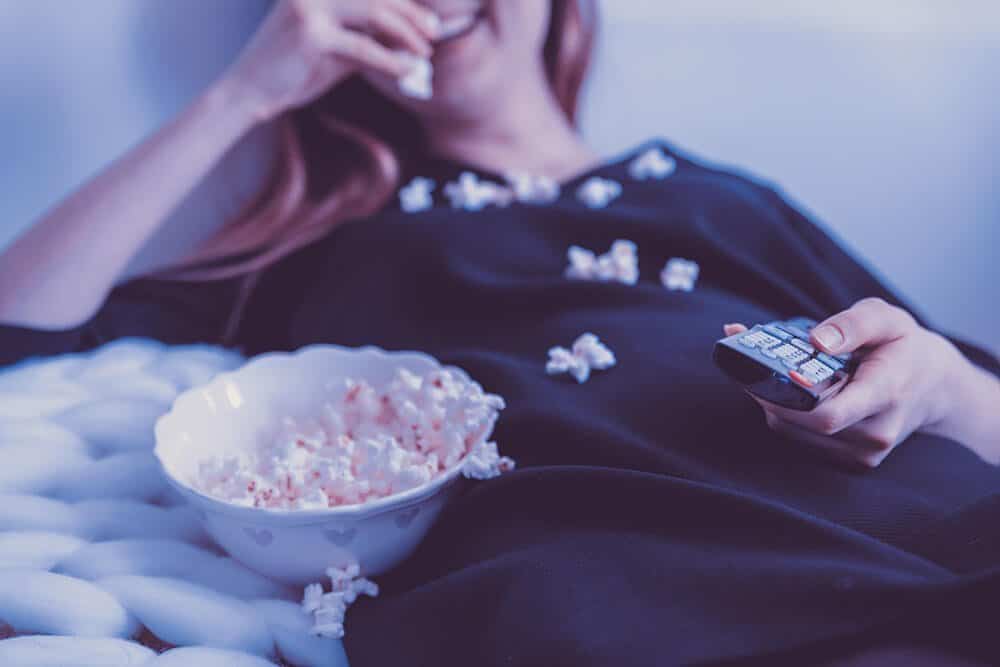